Running on the Beach: The Benefits & Dangers

As people travel to their favorite vacation spots during the summer months, many find themselves in areas with beaches upon which they are able to run. Before making the decision to log significant mileage on the beach, there are a variety of pros and cons to consider.

Benefits of Running Barefoot on the Beach:

1)     For those running to lose weight, beach running is much less efficient than road running. According to a study performed by The Journal of Experimental Biology, an athlete running on soft beach sand expends close to one and a half times more energy than an individual running on the road. Vacationers who want to sustain some level of fitness but who also want to decrease their training time while they are on vacation may like the idea of soft sand beach running as an efficient calorie burning workout.

2)     A Griffith University (Queensland, Australia) study concluded that landing on soft sand increases the “collision” time, or the time during which the foot sinks into the sand, and therefore reduces the overall stress of pounding on the lower extremities.

3)     The increase in collision time on soft sand also indicates that sand has less rebound than pavement, which forces the quadriceps, hip flexors and gluteus muscles to all engage more than they do on a normal run.

4)     According to a University of Western Australia study comparing running on firm surfaces to running on soft beach sand, an athlete’s workload as measured by proximity to VO2 max increased by nearly 50 percent when carrying over a pace from the road to the sand. Now, this concept is intuitive because the previously noted studies acknowledge an increase in work when running on soft sand. However, the University of Western Australia’s study suggests that since an athlete has to push into the sand with greater force to go a certain speed, athletes who run on soft sand build more power at a given speed than they would if they were running on the road at the same speed.

Dangers of Running Barefoot on the Beach:

1)     According to a study called “The Dynamic Loading response of Surfaces Encountered in Beach Running” performed at Griffith University, barefoot running allows pronation to both occur earlier and end later in an athlete’s landing. This applies more pressure on the ankle and knee joints leaving them more susceptible to injury than if an athlete were running on even ground.

2)     Although the terrain is more likely to be level further away from the water, overuse injuries can be an issue for athletes who run on soft sand because the smaller stabilizing muscles are generally weak in road runners.

5)      If performed improperly, the excessive “load” that is forced onto the calves and the achilles during soft sand beach running can lead to injury. The increase in load occurs because the foot goes through a different motion on sand than it does on pavement. When an athlete runs in shoes on pavement, the cushioned heel of the shoe supports the back of the foot, preventing it from dipping below the forefoot. This is different on soft sand because of how the foot sinks into the sand. If an athlete tends to heel-strike, the heel will drop into the sand before the forefoot lands. When the athlete tries to push forward off of the forefoot, the heel is significantly lower than it would be when running on pavement, applying unfamiliar stress on the achilles and the calves.

6)     Beach running adds additional stresses to the plantar fascia because feet tend to grasp the sand and stretch in unfamiliar ways. Overuse in this manner can lead to plantar fasciitis.

7)     Athletes who choose to run on the harder beach sand that lies closer to the water also face the issue of an inclined shoreline. Running significant distances with one leg landing higher on the slope than the other is an easy way to injury yourself because it leads to muscular imbalances and it throws off your natural biomechanics; this is very similar to how, when running on pavement, you should look for flat roads with minimal drainage slopes.

Despite the fact that there are more risks listed than benefits, beach running can be a positive supplementary component to anyone’s training. Due to the high injury rates of people who do not build up their muscles properly for soft sand beach running, it is recommended that athletes slowly increase their workload of beach running instead of replacing their regular training with beach running.

An example of how an athlete who runs about 3 hours per week may build up his/her beach running is listed below:

About the author: Jake Shoemaker is currently a senior at Dartmouth College where he competes for the Cross Country and Track and Field teams. Jake competed in a variety of sports as a kid, but settled on running, following in the footsteps of his brother – USA Triathlon Olympian Jarrod Shoemaker.  Following graduation Jake hopes to pursue a career in education or journalism.  He enjoys teaching swim and spin classes, cooking and watching ‘his’ Boston Bruins. 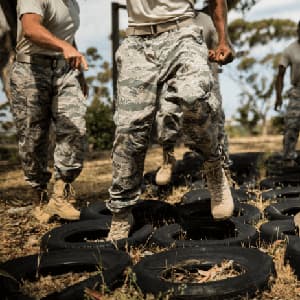 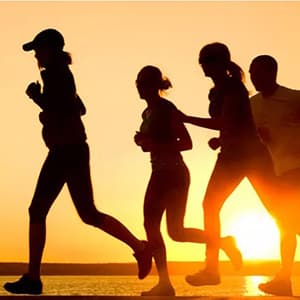 Benefits of Bulid a Home Gym 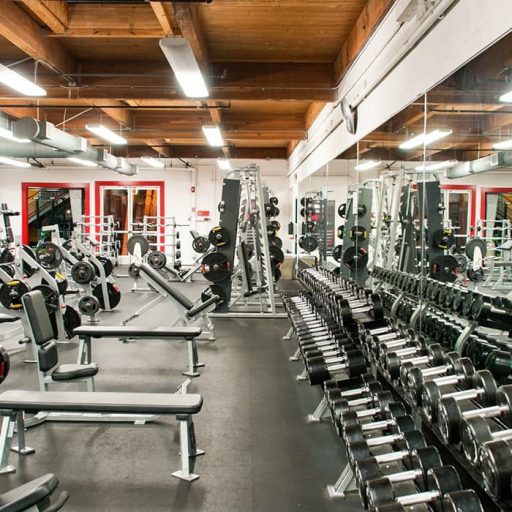 How to Make a Gym Business Plan